While the believer may gain assurance of his salvation and know that he has been saved, the question may arise concerning the permanence of his salvation. Once genuinely saved by trusting in the merit of Christ's death on the cross for sin, can the believer lose his salvation? Is there anything we can do to lose our salvation? The answer is NO! Why? Because Scripture clearly affirms the fact we are protected by the power of God through faith. Faith brings us into a grace relationship with God as a gift of God through the merit of His beloved Son. We are saved by His record, not ours.

1 Peter 1:5 who by God's power are protected through faith for a salvation ready to be revealed in the last time.

Ephesians 1:6 to the praise of the glory of his grace that he has freely bestowed on us in his dearly loved Son.

Ephesians 2:8-9 For by grace you are saved through faith, and this is not from yourselves, it is the gift of God; 9 it is not from works, so that no one can boast.

The following seven approaches set forth the case for the believer's eternal security, "buckled up for safety" because of the power of God and the overwhelming sufficiency of the person and work of Christ.

The biblical worldview changes how you see everything, even a "paradise" like Hawaii. If the Flood destroyed the earth, where'd these islands come from? Only catastrophic earth movements—a result of the Flood—can explain this string of jewels. 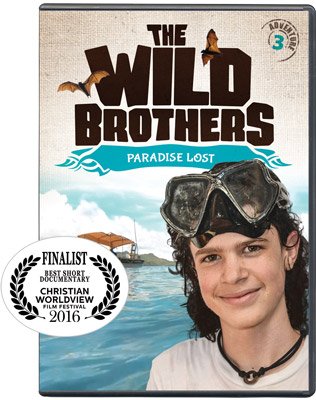 Mention Hawaii, and it conjures up thoughts of a tropical paradise. Pristine waterfalls, luxuriant creeping vegetation, and squawking, duck-like coots remind millions of annual visitors about the Creator's handiwork.

THE HAWAIIAN ISLANDS' LANDSCAPE IS A PRODUCT OF CATASTROPHIC FORCES UNLEASHED BY NOAH'S FLOOD.

But red hot lavas slowly moving across fields and engulfing roads are never far away. Indeed, the Hawaiian Islands are a string of active and extinct volcanoes that hint at a catastrophic past. No Garden of Eden, this charming landscape is a product of catastrophic forces unleashed by Noah's Flood. This modern-day "paradise" speaks unmistakably of God's recent judgment.

If the volcanoes that formed Hawaii's eight major islands had been formed before or during Noah's Flood, the Flood would have deposited sediments on their flanks. But they have none. So we know the volcanoes must have erupted following the Flood.