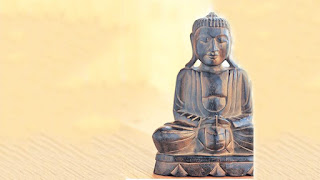 Celebrated Psychologists like Carl Jung, William James and many others have understood the value of Buddhist philosophy and its positive impact on mental health. Their research programs have highlighted the importance of Buddhist psychotherapy in the treatment of depression, anxiety, factitious and addiction disorders, medically unexplained symptoms and various other psychological ailments. It is now increasingly used in psychotherapeutic practice in the western world.

Modern society has imposed many strains on human beings, and those in the psychological realm are perhaps among the most serious. As declared by the Buddha and emphasized by William James, the realities of the mind are more important than the realities of the body. Hence the significance of mental health and mental therapy as advocated in Buddhism has been recognised today by professionals.

Historically, the Buddha was the first religious leader in the world to draw a distinction between physical and mental illness. According to the Buddha, it is hard to find a perfectly healthy person physically; it is harder still to find a person completely sound and healthy mentally.

Buddhist psychotherapy stresses the value of mindfulness and meditation. Instead of talking long hours about a mental problem with a psychotherapist until it virtually takes over one's consciousness, the Buddhist therapy tries to help the individual to awaken to his or her true nature, even if it means living outside of social convention. This is where Western and Buddhist psychotherapy differ.