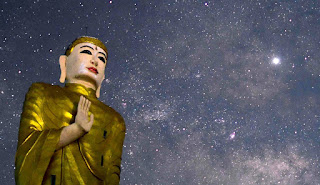 One of the greatest twists in the recent history of nonfiction came at the end of Sam Harris's The End of Faith (2004). The book gave physical form to the message-board atheism of the early internet and launched a publishing boom for religious skeptics, but its final chapter struck a different note. Harris, it turned out, is a self-described mystical seeker with a long history of pilgrimages and discipleships under various Eastern gurus. He concluded the book by evangelizing on behalf of a scientifically filtered Buddhism that can awaken us to "the intrinsic freedom of consciousness" and help us grapple with "almost every problem we have" as a species.

Despite his infidel reputation, Harris belongs to the religious current that David McMahan calls "Buddhist modernism." This is a global assortment of Buddhist movements formed under creative pressure from the dominant Western trends of the past few centuries, such as rationalism, Protestant anti-clericalism, and Romanticism. All of them sought to counter the judgment of the philosopher Arthur Schopenhauer that Buddhism is fundamentally pessimistic. At the same time, they accepted Schopenhauer's claim that Buddhism is "the finest of all religions," exceptional for its intellectual acuity and faithfulness to the human experience. In fact, a major strand of Buddhist modernism argues that Buddhism, properly understood, isn't even a religion but a uniquely empirical way of life based on meditation — "a first-person science," as Harris once phrased it.

Posted by Prof. Lakshman Madurasinghe at 8:43 pm No comments: 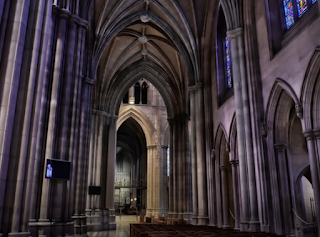 When PACE launched our Faith In/And Democracy pooled funding and learning initiative, we wanted to better understand the ways faith and faith communities can support democracy and civic life and potentially ease the divisions that plague our society and politics.

Unfortunately, religion is often seen as a polarizing topic — one that brings about sharp political divides, deeply held beliefs, and sometimes unwavering opinions. America's demographics and religious affiliations are shifting, and as Sharif Azami reflected to us back in October, "What diversity means for an increasingly pluralistic America is a critical question that needs serious exploration." At PACE, we are interested in exploring whether there is a constructive role for faith to play in creating more productive understanding between groups with different identities and beliefs.

Posted by Prof. Lakshman Madurasinghe at 9:33 pm No comments:

How Hebrews 1 Hammers Home the Deity of Christ 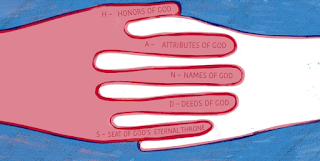 When it comes to biblical texts that teach Christ's deity, we probably think of passages like John 1 ("The Word was God," John 1:1), or 2 Peter 1 ("our God and Savior Jesus Christ," 2 Pet. 1:1). But there's another text that arguably teaches Christ's deity more relentlessly than either of these, and that's Hebrews 1.
Hebrews 1 is a majestic meditation on how Christ is better than angels. Now the question of how Jesus compares to angels isn't exactly on the front-burner of most modern evangelical minds (angel-oblivious people that we are). But for first-century Jews, there would've been few better ways to demonstrate Jesus's divine nature than to prove that he is greater than the angels.
But before we count the ways in which Hebrews 1 teaches the Godhood of Jesus, let me share with you a useful teaching tool that can help us appreciate this amazing chapter.
Click to read

Posted by Prof. Lakshman Madurasinghe at 9:26 pm No comments:

Lumbini On Trial: Cunnigham and his frauds 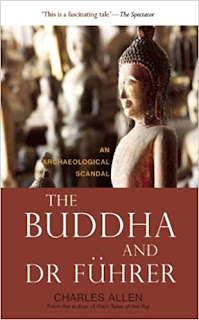 There are compelling reasons for believing that the site of Lumbini is an extraordinary hoax. The details of its discovery in 1896 reveal a tale of deception and intrigue, which is now told for the first time.
At present, controversy continues to surround the location of Kapilavastu, the Buddha's native town, with both India and Nepal promoting bids for this historically significant site. The Indian claim is based on the finds made at Piprahwa, in Basti District, Uttar Pradesh; the Nepalese, by that of Tilaurakot and its surrounding sites, in the Western Tarai of Nepal. It is my intention in this paper, however, to demonstrate that neither of these claims can be considered as acceptable, and to show that equal doubt attaches to the present site of Lumbini also. I further propose to nominate what I consider to be the correct locations for these and other major Buddhist sites, and to give detailed evidence in support of these proposals.
An old French saying declares that to know a river you should know its source, and any attempt to assess the reliability of the present identifications should begin by taking a close look at the circumstances surrounding their discovery. Chief among the participants in those events - and in my view central to them all - was the notorious figure of Dr Alois Anton Fuhrer, a German archaeologist employed by the (British) Government of the North-Western Provinces and Oudh between 1885-98, and co-discoverer of the present Lumbini site.
Modern Indologists, while aware of Fuhrer's unsavoury reputation, have neglected to conduct any really close scrutiny of his activities, fondly believing that these have long since been satisfactorily catalogued and assessed, and that Fuhrer may be safely consigned to oblivion in consequence. Unfortunately, this is far from being the case. Fuhrer, in fact, drove a coach and horses through critical areas of Indological research, and his deceptions continue to have far-reaching consequences for world history to this day. He was a prolific plagiarist and forger (who worked, alarmingly, on the first two volumes of the Epigraphia Indica) and I have good reason to believe that his deceptions were sometimes condoned, even exploited, by the Government of the day, for imperial reasons of their own. Following Fuhrer's resignation in 1898, the Secretary to the Lieutenant-Governor of the North-Western Provinces remarked, in a letter to central Government, that 'His Honor fears it must be admitted that no statement made by Dr Fuhrer on archaeological subjects, at all events, can be accepted until independently verified'. Unfortunately, this verification was by no means as rigorous as one might perhaps have wished, as we shall shortly see.
Click to read
Posted by Prof. Lakshman Madurasinghe at 1:00 pm No comments: